Conducting surveillance of the Earth’s orbit is a key task towards achieving space situational awareness (SSA). Our work focuses on the optical detection of man-made objects (e.g., satellites, space debris) in Geostationary orbit (GEO), which is home to major space assets such as telecommunications and navigational satellites. GEO object detection is challenging due to the distance of the targets, which appear as small dim points among a clutter of bright stars. In this paper, we propose a novel multi-target detection technique based on topological sweep, to find GEO objects from a short sequence of optical images. Our topological sweep technique exploits the geometric duality that underpins the approximately linear trajectory of target objects across the input sequence, to extract the targets from significant clutter and noise. Unlike standard multi-target methods, our algorithm deterministically solves a combinatorial problem to ensure high-recall rates without requiring accurate initializations. The usage of geometric duality also yields an algorithm that is computationally efficient and suitable for online processing. 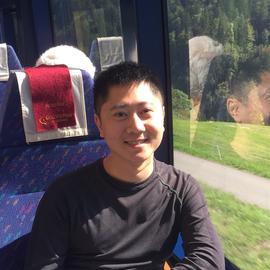